New Series at North Jetty will Steal You Away 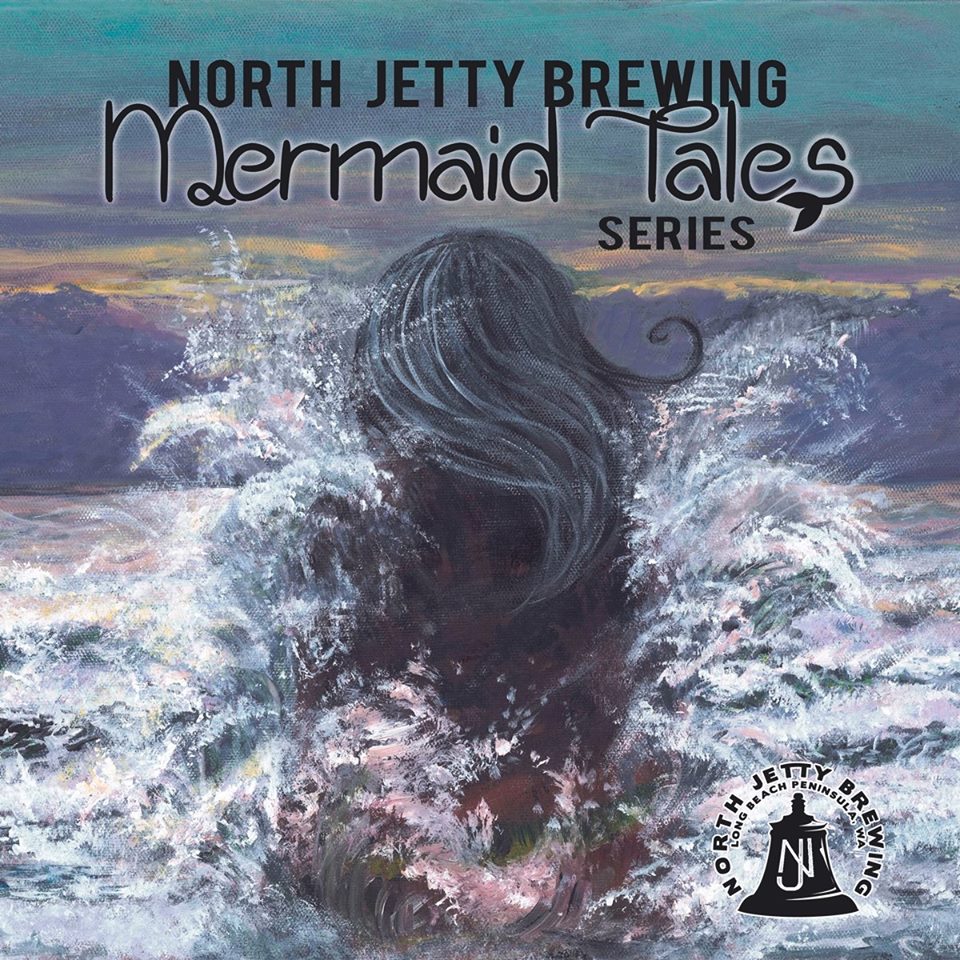 Where the warm waters of the Gulf of Mexico meet the Atlantic Ocean worries drift away and, if you listen carefully, the lull of a siren’s song can be heard rising up from the majestic blue. It was in Key West that the mermaid Sirena first captured the imaginations of Erik and Michelle. She followed them back to the Washington coast and became the inspiration for their new series of beer, Mermaid Tales.

On June 22, the new series will be introduced with La Sirena Mexican Lager. This small batch brew is a siren’s song from the deep and the perfect way to slip into summer! Its bright, crisp flavor is achieved with delicious Munich, Pale, and Pilsner malts topped off with Motueka hops, giving it a subtle lime zest.

A special keg infused with lime zest, “La Sirena Lima”, will go on tap at the same time for a true Mexican Lager experience! Mermaid Tales stickers and a limited run of Mermaid Tales women’s tank tops will be for sale as well.

The Mermaid Tale small batch brews draw on oceanic realms where mermaids and sirens play and tempt unsuspecting passersby. Each beer will have a distinct flavor and be named for the region that inspired it. A Mermaid Tale beer will be released 3-4 times a year and will only be available at the North Jetty. Don’t miss a new release! Like us on Facebook for updates.

The artwork is by local artist and writer, Sarah Jane Day. Graphic designer Cheri Lloyd added the North Jetty branding to the design. Many thanks to them both!

La Sirena Mexican Lager is the product of imagination combined with equal parts rest, relaxation and plain old fun! This is the first in our new Mermaid Tales Series, inspired by Sirena the mermaid that followed Erik and Michelle back from Key West. Brewed with delicious Munich, Pale and Pilsner malt, it was then topped off with Motueka hops which lend a subtle lime zest flavor.  All these ingredients combined with the patience of lagering have come together to create a siren’s song from the deep. This brew is bright, crisp and flavorful with just enough of an ABV to steal you away. So, relax and slip into summer with the first of this inspired new series…we think you might enjoy it!